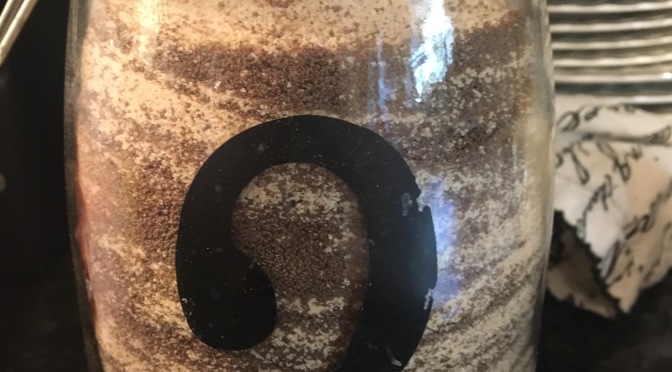 Growing up and well into adulthood I was blessed with 2 of the best grandmothers a girl could have. Momee and Momou or Narcille and Beulah Mae, depending on who you ask. They were always there and they were the best cooks. They also truly loved one another. They were pals. They were different in many ways, but their love and their passion for family and holding it all together was the same.


Not a big moment happened in my life without one or both of them there. I was a lucky girl. I got some amazing recipes from them and lots of substance and maybe just a little style from them. Heavens knows both of them had it in spades. The older I get, the more I cling to their recipes and their strong sense of tradition. Having lost Momou in September, I admit I feel a little lost some days. Just a tad. But I am far more rooted in what they left behind then I am lost. I know that for sure. So I cling to who I am because of them instead of who I am without them on Earth anymore. I hold close to my heart the fact that I was so super lucky to have them at all much less into adulthood.
So today we got a real cold snap. Like legit fall like weather. It’s about time being as though it is less than a week until Thanksgiving…anyway, it popped into my head that I HAD to make a batch of Momee’s spiced tea! It just came over me and I wanted some right away. So I did. And I made a cup and it was perfect. Just like Momee had made it. I distinctly remember being about 9 or 10 years old and Momee coming into our old house with a jar of her spiced tea mix. My mom fixed a cup for me and I fell in love. Oh it’s just like winter in a cup and I’m so not even kidding. I am so glad I remembered that spiced tea because it had been a while since I had a cup. Like a long while. Before kids, a while. And I’m also glad that she wrote that recipe down for my mom all those years ago. Those are the things that keep me grounded during times that I might feel a little lost. Momee passed in 2002, but it was her recipe today that comforted me and brought me warmth at a time I was feeling a little cold and alone after Momou’s passing. She’s still helping out years after she’s been gone and filling in a gap that Momou left behind. Beulah and Nar (as she was known) always had one another’s back. Same team. I guess it would be #teamgrandma these days. Makes me smile.

Yes I hope you enjoy this spiced tea and it brings you just a little warmth and comfort on a chilly day. The smell of that hot cup of tea was just what I needed today. It’s almost like it was 1984 and my daddy was in the woods and my mom made me a special cup of spiced tea just for me. I needed that today. 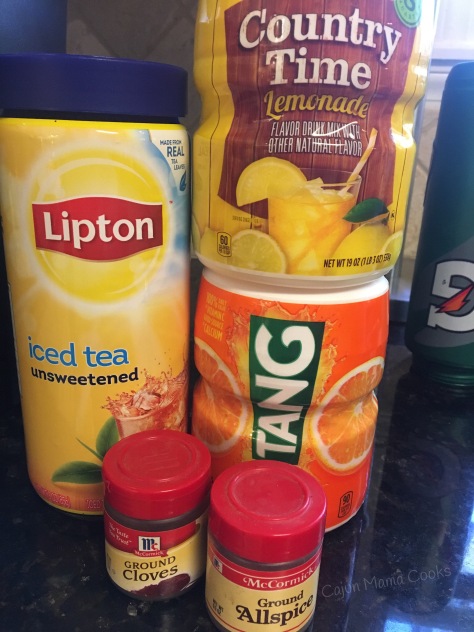 Mix all ingredients together in an air tight container. I tried to be all cute and transfer mine from a perfectly acceptable Tupperware bowl with a lid to a super cute jar…learn from your friend and keep it simple. 🙄
It says add 1-2 teaspoons of the mix to hot water. I put 2 teaspoons in a mug and then got water from the Keurig. I used the middle button and it was perfect!! Spiced tea in 2016….love it!!! 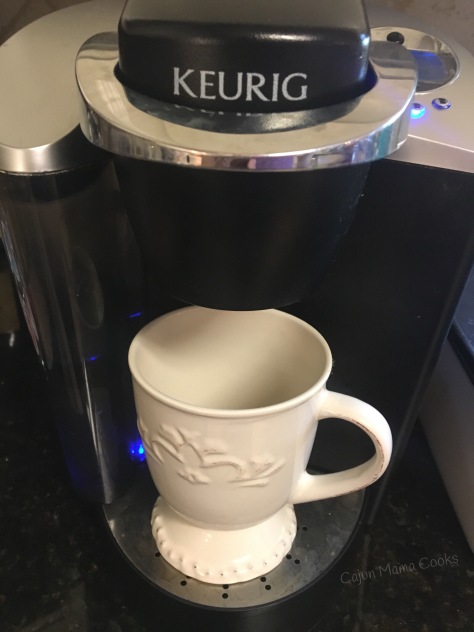